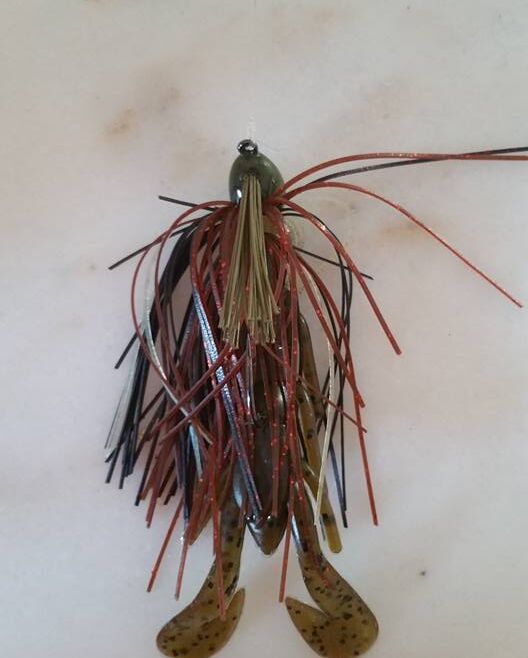 A few years ago before I was fish guiding on Lake of the Ozarks I would fish the Big Bass Bash. It’s a fun tourney and if you get lucky you might just win $70,000. I would always fish with my cousin Darryl. This was the fall bash 2015. It’s a two day event for those that don’t know. Day 1 we didn’t catch any. Day 2 was different.

About a year earlier we were both fishing a brush pile up by the dam Darryl got snagged in it and pulled the whole brush pile in. What he got snagged on was actually another jig that was snagged to the brush. The jig looked new, it looked like it was broke off like a few hours earlier. It had no rust, had a green pumpkin zoom speed craw attached to it as a trailer. It looked really good like someone hand tied it because it had different colors in the skirt not just your run of the mill green pumpkin jig. Anyhow we both said nice and he threw his newly found custom hand tied jig in his tackle box and we went about fishing.

Fast forward to the Big Bass Bash a year later. Day two didn’t start well. Darryl snapped a rod in half on accident trying to get a snag out. Frustrated, he sat down to take a break. We haven’t had a bite for an entire day now. I looked down at him and said throw a jig man c’mon there’s a lot of money on the line lets go! We both have family that are Marines. Adapt, improvise and overcome had been ingrained in our brains, so that’s what we did. He looked up with a box full of jigs to choose from and ask me which one should I throw? I said that one!! The one you snagged a year earlier with the same green pumpkin zoom speed craw as a trailer lol. He tied it up quickly and was back in the game casting, flipping and pitching docks. About 10 minutes later we were approaching a sweet spot, a very good stretch of docks in a gravel pocket with a depression running along it with a bunch of scattered brush and sunken docks. There was an empty boat slip I trolled past slowly. I didn’t flip into it I’m really not sure why but I didn’t. Darryl flipped in with a perfect quiet accurate flip, his 1 year old perfect condition snagged custom tied jig hit bottom…WHAM! I heard the hookset, looked back and his rod was bent. He said Mike get the net, seriously Mike get the net! So I got the net. I looked down and netted a freakin whale! Darryl collapsed on the back deck in disbelief lol. We collected ourselves and started looking at the fish and we were both like man thats a long fish! So we raced to Alhonna to weigh the big ol fish in. 6.58lbs she weighed in at! The biggest catch of the day out of thousands of anglers! Not bad we’ll take it. 6.88lbs won the tournament so we lost by ounces! OUCH! We missed the $70,000! We still got 4th overall and so it was a great day. One I will never forget. Great job Darryl! 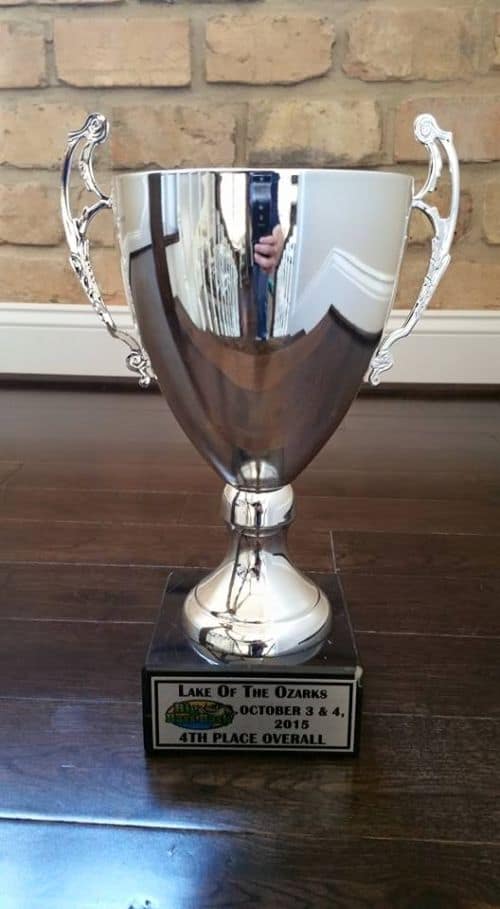 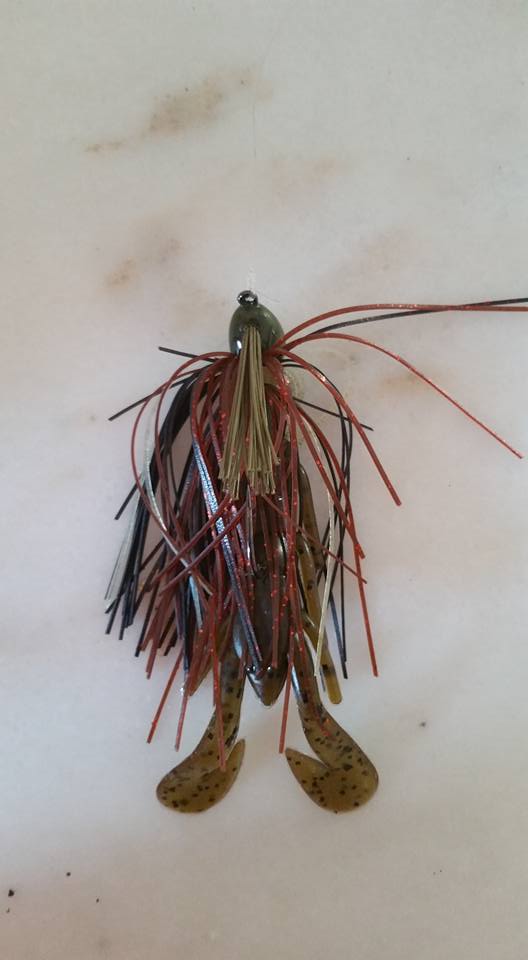 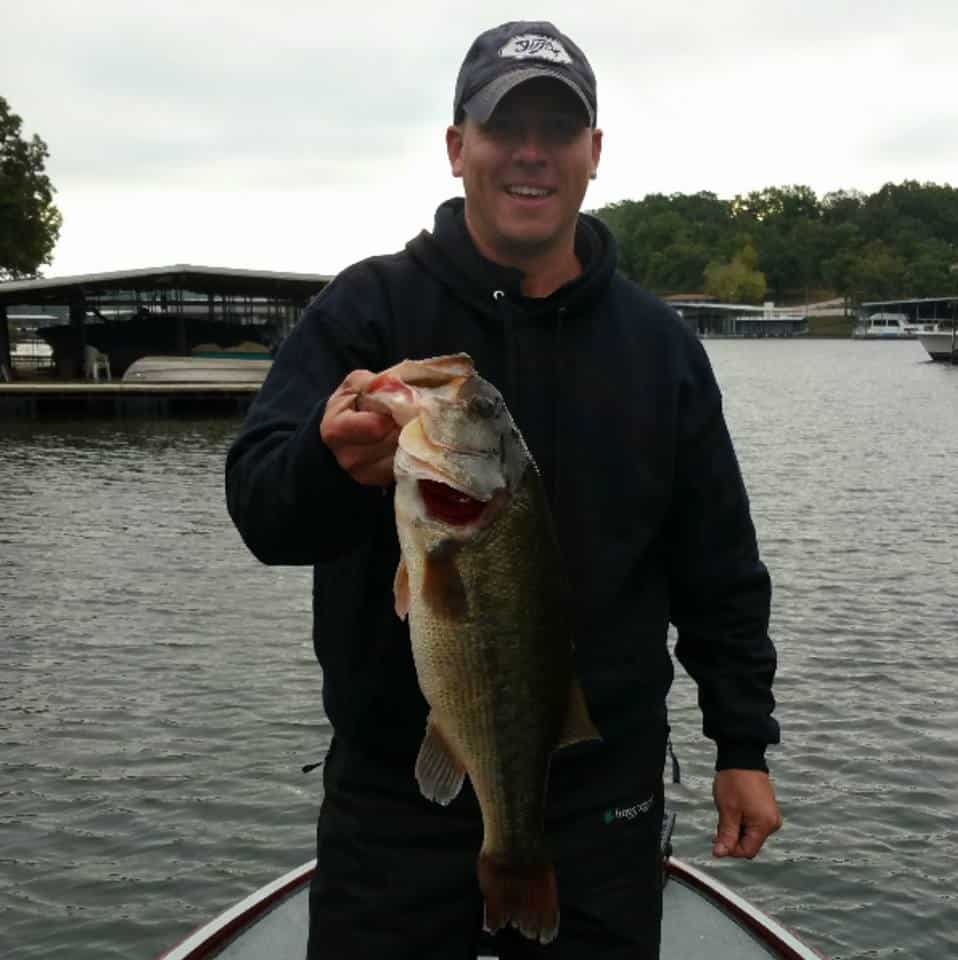